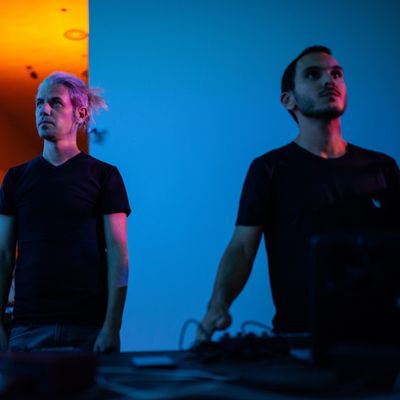 Italy,
The audiovisual duo Memé/Pastorello was born in late 2021, their research focuses on experimenting with new improvisational languages for audiovisual performances. Their first work "Riflesso" is based on the improvisation system of the same name and was premiered at the Martini Elettrico 2022 festival in Bologna.

Matteo Pastorello is an electronic musician and sound designer based in Bologna. Since 2017 he has been interested in improvisation with the Bologna-based collective Minus and in sound design for cinema, theater and sound installations.
With Minus he has three record releases to his credit: Sintagmi (2019, Switch music recordings), ROUND (2020, Tempo Reale Collection) and CASA BASE (2021, Slowth Records). His works have been presented in Bologna, Florence, Lyon, Bremen, and Chicago. In 2020 he co-founded the record label Slowth Records with Mattia Loris Siboni and Niccolò Salvi.