Live Cinema Festival is a live performing exhibition that explores and promotes all the artistic trends which is classified as “Live Cinema”, with performances by artists using this narrative technique as their stylistic code.

Live Cinema Festival is an artistic project that includes, among its main objectives, the enhancement of the territory and the promotion of artistic contents that can actively involve young people by creating inputs that can positively influence their lives.

Live Cinema Festival is an event that reflects the spirit of our era in which the technology has totally invaded every aspect of our lives: in this event machines, arts and technology melt together in order to spread new messages and new perspectives, proposing a new imaginary, breaking down the borders between the medium and the content, manipulating images and using different approaches to make the final content clearly relied on the artists’ improvisation and ability.

The project aims to offer to the audience an overview of these ways of interpreting Live Cinema, through the performances of artists coming from different countries; Live Cinema in fact is a form of expression spread throughout the world and, thanks to the development of technologies, it self-perpetuates creating new content almost every day, perspectives, ideas, dedicated events, academic courses and international cultural debates.

“Live Cinema” is an experimental narrative technique applied to the video performance that produces a simultaneous and in real-time creation of sounds and images, where the traditional guidelines of narrative cinema, represented by the subjectivity photographed by the camera, expand in a wider horizon.

“Cinema” is here intended as a simultaneous creation of images and sounds that interact each other and take shape in a synaesthetic approach that results in audio-video performances – realized in real-time – in which the viewer’s perception is in constant tension between experimentation and re-enactment.

Live Cinema Festival was part of the AVnode project | LPM 2015 > 2018, a large scale cooperation project co-financed by the European Union cultural program “Creative Europe”, including 13 partners from 12 countries: Austria, Belgium, Czech Republic, Germany, Greece, Hungary, Italy, Netherlands, Poland, Spain, Turkey and United Kingdom, with the purpose of promote and develop the live video culture and the European audiovisual artists all over the world, through the production of 36 festivals, 3 meetings, 3 conferences about Audience Development and more than 200 satellite events in 3 years.

Since the first edition, Live Cinema Festival is co-funded with Roma Capitale and it’s part of  “Estate Romana”.

Live Cinema Festival is promoted by Flyer new media and it’s co-produced with Linux Club (linux-club.org) and FLxER.net (flxer.net), thanks to the cooperation of important international partners. 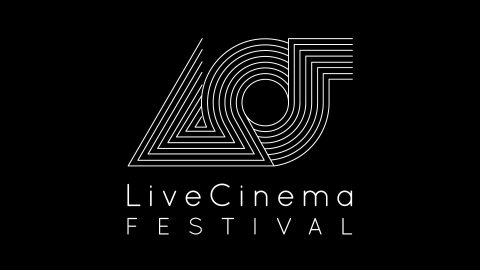