8 countries, 14 artists, live cinema performances, screenings and workshops for a festival that reflects the spirit of our era in which technology has totally invaded every aspect of our lives: for the second consecutive year from September 21 to 24, in MACRO – Rome’s Contemporary Art Museum – “Live Cinema Festival”, the international event focused on the most innovative audiovisual performances will be back. Now in its fourth edition, Live Cinema Festival is a unique exhibition of its kind that investigates and promotes all the artistic phenomena around “Live Cinema” through in real-time unpublished performances or presented for the first time in Italy. Performances that definitively break the rules of traditional narrative aiming to provoke sensations and emotions and to promote a synesthetic approach.

The event is produced by Flyer Communication with the support of the the European Union cultural program “Creative Europe”, the Free Hardware Foundation, the French Institute of Italy, the Austrian Cultural Forum, the Polish Institute of Culture and a local and international network linked to the audiovisual performances and to the new forms of the latest technologies experimentation in the artistic and cultural sphere. “Live Cinema Festival 2017” is sponsored by Capitoline Superintendency of Cultural Heritage and it’s part of the “Estate Romana” event promoted by Roma Capitale – Department of Cultural Growth and in collaboration with SIAE.

“Live Cinema” is an experimental narrative technique applied to the video performance that produces a simultaneous and in real-time creation of sounds and images, where the traditional guidelines of narrative cinema, represented by the subjectivity photographed by the camera, expand in a wider horizon. Four festival days in which machines, arts and technology melt together in order to spread new messages and new perspectives, proposing a new imaginary, breaking down the borders between the medium and the content, manipulating images and using different approaches to make the final content that is clearly relied on the artists’ improvisation and ability.

A festival that naturally fits in MACRO’s production to give the opportunity to the young and old audience, to tourists passing through the capital and to the residents of bordering neighborhoods to approach this particular type of live show.

In this year’s edition, which includes two performances of live cinema per day in the MACRO’s foyer, a futuristic live show – in VR – by the Iranian artist ASH KOOSHA will be presented for the first time ever in Italy. We also recommend KLAUS OBERMAIER, an international renowned Austrian artist creator of many multimedia and crossmedial works and FUNKI PORCINI, one of the UK label Ninja Tune pioneers.

“SCREENINGS”, from August 1 to September 20 in MACRO – via Nizza 138 -, will be a preview that aims to get the audience ready for the festival. The section is handled by Live Cinema Festival and by other important companies of the industry such as Electronic Art Cafè, Achille Bonito Oliva and Umberto Scrocca, and by some national and international festivals such as the File Festival of St. Paul (BR) and the Venice Toolkit Festival. The museum visitors will be able to attend to a selection of documentaries, interviews, backstage, making of and performances of Live Cinema, and to an historical journey that starts from video art to reach the current reality for free.

As in the previous years, the Audience Development conference will take place on September 20 – one day before the festival starts – in MACRO’s Cinema Hall. Here roman organizations and institutions will try to figure out the best strategies to help European artists and professionals to reach the widest audience in Europe.

To enrich the program of the event, since September 21 a four days lasting workshop about Digital Storytelling – for a total of 8 hours – will start (h.17:00 – Cinema Hall). It will be focused on this new technique in the artistic-performative context and it will be held by Francesco Iezzi, PhD in Cinema History as well as video-artist associated with the German label Raster-Noton. The workshop aims to give the technical and technological tools to make an audiovisual Live Cinema performance.

Live Cinema Festival is part of the AVnode project | LPM 2015 > 2018, a large scale cooperation project co-financed by the European Union cultural program “Creative Europe”, including 13 partners from 12 countries: Austria, Belgium, Czech Republic, Germany, Greece, Hungary, Italy, Netherlands, Poland, Spain, Turkey and United Kingdom, with the purpose of promote and develop the live video culture and the european audiovisual artists all over the world, through the production of 36 festivals, 3 meetings, 3 conferences about Audience Development and more than 200 satellite events in 3 years. 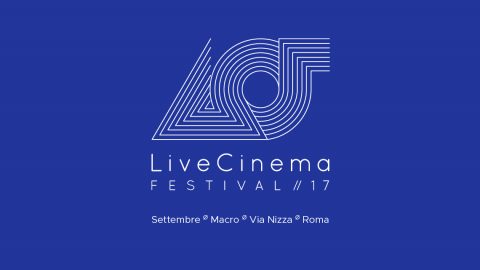