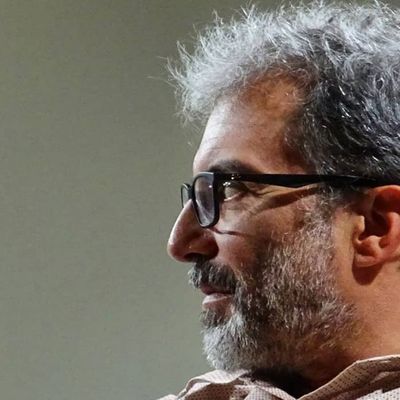 Italy, Rome
Promoter, producer, coder, networks enthusiast is considered a guru of the new media and the digital arts world as well as a pioneer in the Audio Visual Performing Arts, he was born in Rome in 1970.

Very interested in any kind of avant-garde, costume, music, art and experimentation, it is updated on all sorts of innovation in art, technology and communication.

In 1996, with a background in house party organization from 1988, he founded and coordinates the various activities of Flyer Communication as well the managerial tasks and strategic development of all projects of the company that now have a leadership in new media communication services with 2 spin off, Web Environments and Audio Visual Performing Arts.

In 1999 he founded Shockart.net that quickly becomes a point of reference for the Web Art and especially for the productions in Shockwave Flash, features exhibitions in Rome, Valencia, San Francisco and New York.

In 2001 he created the AV mixer FLxER, that is presented in the most varied occasions, it is used to mix vector graphics, audio, video, text and interactive media, in live performance. FLxER is one of the first vj software for a Audio Visual Performing Arts, is free and community based. FLxER is today the biggest network of Audio Visuals artists and VJs linked together from the interest for the Audio Visual Performing Arts and first of all the sharing of knowledge.

With FLxER he became a code/hacker extending his knowledge on many other languages, softwares, platforms and os related with web, datas and new media.

From 2002 to 2013 taught at the IED as teacher in the Master in Web Design and Strategy, and in 2006 taught “Flash” in the course of Graphics for three years.

In 2003 started to work to the creation of a permanent center for new media art in Rome, WAM Web Art Mouseum.

In 2004 he create LPM Live Performers Meeting, the meeting in one place for 4 days of the people in connection trough the FLxER community. From 2004 to today (2017) LPM hosted 3.501 Artists from 72 countries with editions all around the world is today the biggest AV event.

In 2004 he won the prize Bardi IBM Web award with the site of the Photograpy International Festival of Rome in the same year he started writing for Next Exit magazine and others on the Web.

In 2006, Achille Bonito Oliva gives the ABO Silver, an award for having outstanding accomplishments of Web Art, as one of the protagonists of international contemporary art.

In 2008 LPM starts to be supported from various local Grant for culture.

In 2009 from the community of FLxER VJ Television was born the first 24-hour live video broadcast channel.

Since 2010 is president of the Linux Club italia.

In 2011 he started to work to AVnode network with the aim to put in connection and share experiences and tools between organizations active in the Audio Visual Performing Arts. At the same time AVnode will be for the artists the biggest AV community inherit the 25.000 artists of the FLxER community.

In 2011, 2012 and 2013 LPM is supported from the Culture Programme of the EU with the strand for Third Countries making 6 editions 3 in Europe and 3 in Belarus, Mexico and South Africa with hundreds of satellite events.

In 2014 he founded the Live Cinema Festival a live performing exhibition that explores and promotes all the artistic trends whom is attributed the term “Live Cinema”, with performances by artists which have made this narrative technique their stylistic code.

In 2014 he started as teacher at Quasar University with a course on events management.

In 2016 he founded the Chromosphere an event on 360 projections inside domes.

In 2016 he founded the Fotonica from photon, historically as light, from Greek φωτός (photòs), is a festival that investigates art forms related to the light element, in particular digital light.