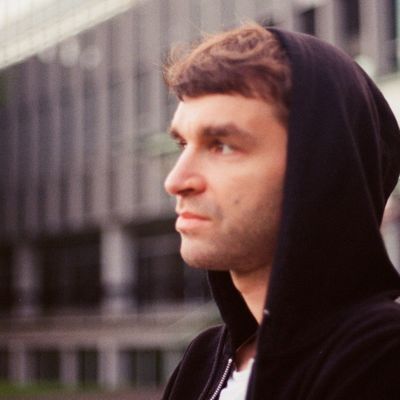 Czechia, Prague
Dné [d-neh] is Ondřej Holý from Prague, the Czech Republic. Although he is not classically trained and has almost no knowledge of music theory, his music speaks with an innate musicality. His style draws on beautiful orchestrations, sample-heavy techniques (including field recordings), organic beats and DIY-type recording and arrangement, giving his music a unique sound with an overarching cinematic feel. His debut album called “These Semi Feelings, They Are Everywhere” was released in 2016 via Majestic Casual Records. The record won two national awards for Album of the year (Vinyla, Apollo) and one for Best electronic album (Anděl).

He has teamed up with two visual artists from Prague specifically for the performance at Live Cinema Festival. Martina H. Holá focuses on moving images, photo, drawings and installations. She explores different conceptions of time and movement, the two crucial elements of the film medium. She resists classical narration and rather works with patterns, rhythmical repetitions and still frames.

Jiří Havlíček is the author of animations, videos, drawings, photographs and sound installations. In his work he pursues animation and its possibilities as a media for remembering or eliminating sensations. Based on the method of appropriation of found image materials or film fragments, he examines the mechanisms of memory and its retention. He is interested in the phenomenon of movement and deformation, new pictures and their contents originating by multiplication, transformation or extinction caused by copying.